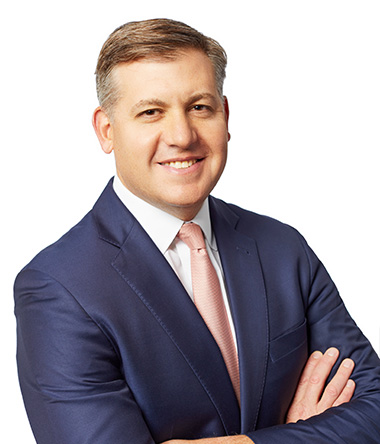 As President and Chief Executive Officer of Columbia Property Trust, Adam Frazier is responsible for the Company’s overall business strategy, capital allocation, operations, and the performance of its portfolio of investments.

Mr. Frazier has two decades of experience in real estate asset management, development, and investments. Prior to joining Columbia in 2022, he served for eight years as Vice President at Oxford Properties, most recently as Head of New York. In this role, he oversaw leasing, operations, and development for the company’s New York region, covering some of New York City’s most transformative developments, such as St. John’s Terminal and Hudson Yards. Prior to Oxford, Mr. Frazier spent nearly seven years in leadership positions at Boston Properties in Development and Leasing. He started his career in real estate at Edens & Avant (now EDENS) as a Development Manager, leading the development of large mixed-use projects and acquiring shopping centers in the Mid-Atlantic region.